Give me a pen please.

We go shopping twice a week.

She picked up a magazine and began to read.

He works as a language teacher in that university.

As a writer， he is successful.

Even a child can answer this question.

Give me the magazine.

Have you decided on the prices yet?

The book on the table is an English dictionary.

Beijing is the capital of China.

Last week， I saw a flim. The film is about a love story between two middle-aged people.

The old man saw a house in the field. He went into the house and found a beautiful girl sitting there and singing.

January is the first month of the year.

The sun rises in the east.

Japan lies to the east of China.

Beijing lies in the north of China.

Ireland lies on the Great Britain.

Last week we went to the theatre.

Among the three girls she speaks English the best.

We are walking south.

Monday is my busiest day.

Is the water in the well fit for drink?

He can't take the advice his mother gives him.

If winter comes can spring be far behind?

We have few classes on Sunday.

What did you have for lunch?

The boys are learnig to play the guitar.

at noon at night at dawn at midnight in the morning

in the afternoon in the evening in the daytime in town

Reading English story books is a good way of improving your English.

I have been waiting for him for half an hour.

He is enjoying his stay in Denmark， but has some difficulty with the language.

Is the water from the tap fit for drink?

As we know， the most dangerous enemies are those who pretend to be friends.

They left for work after supper.

Without any news from Tom for a long time， his father left for Shanghai to see him.

They will travel by air.

I will go to school on foot.

My mother is in hospital.

He has been in prison for two years. 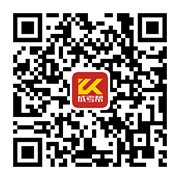